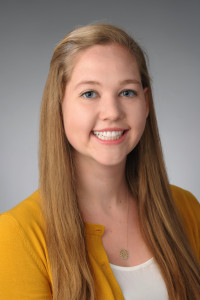 Since 2010, the US-UK Fulbright Commission has offered the opportunity for first- or second-year undergraduates to study at one of the UK’s leading institutions. The Fulbright Summer Institutes are fully-funded academic and cultural exchanges open to underclassmen of any discipline.

Hannah Butler, a rising sophomore and public relations major in the Newhouse School, was chosen to be one of ten American students to participate in the Scotland Summer Institute. In this five-week program, Hannah and her peers will learn about the cultural and political forces that have shaped modern Scotland. Her cohort will participate in seminars, lectures, and study tours around Scotland, including time studying at the University of Dundee and the University of Strathclyde.

Hannah is the first SU student to win a spot at one of the UK Summer Institutes! CFSA interviewed Hannah about the application process.

How did you learn about the UK Fulbright Summer Institutes? Why did you apply?

Based on my first semester GPA and my involvement with the Honors Program, I received an email from CFSA about an opportunity through the Fulbright Commission for freshmen and sophomores. I knew, immediately, that I wanted to apply. One of the 2016 Summer Institutes takes students to the University of Dundee and the University of Strathclyde in Scotland. I developed a love for Scotland based on a trip to a theatre festival I had taken there and really liked the institute’s broad themes, so I knew that the Scotland Summer Institute would be the perfect fit. I ultimately applied because I wanted the opportunity to study in the UK in an environment where I would experience and learn as much on day trips and immersive excursions as I would learn in the classroom. Having the opportunity to spend an five weeks in a country that I love with 9 other dedicated, excited, and adventurous students sounded like the perfect chance to learn and grow in a way that was different than any way I had before.

The application consisted of short questions in addition to a few longer essays, allowing me to touch on many aspects of my life. There were 5 small one-sentence questions, 3 paragraph responses, and 2 longer essays. The application process also consisted of securing letters of recommendation. It was nice to have those two letter writers, in addition to Molly and Jolynn at CFSA, to support me throughout the process. The actual “process” involved writing drafts, receiving feedback, then writing some more. But because I gave myself a full month to finish the application, I never felt overwhelmed and all of the writing ultimately paid off.

Did you learn anything about yourself during the application process?

I think the nature of the questions challenged me to do some really thoughtful introspective thinking. The questions that Fulbright posed made me think about every aspect of my life (some I had forgotten about) that made me the person I am and I had fun rediscovering those traits and experiences while writing my essays. Through this process, I learned that taking risks (even for something that I never imagined I could win) is worth the experience in the end.

What do you think made you a competitive, and ultimately successful, candidate?

I stressed in both my essays and my interview how much I wanted to be a storyteller and share what I will learn in Scotland with others. They were looking for open-minded and dedicated individuals but I think it was my desire to share my experiences with others, in addition to proving the above traits, that made me ultimately successful. I also made a personal connection to the institute that was unique to me. Because I applied to go to Scotland, I discussed the Pan Am 103 bombing and the resulting relationship between Syracuse and Lockerbie. The Fulbright interviewers began my interview with a question about this relationship. I know my Syracuse connection with Scotland set me apart.

How did you work with CFSA?

I worked closely with CFSA throughout the entire process. Molly proofread my application and helped me to polish and reformat my essays where needed. After I was shortlisted, Molly and Jolynn helped me brainstorm and prepare for possible interview questions and even conducted a final mock interview over the phone. Both Molly and Jolynn were so instrumental in the overall process that when I learned I was accepted, I ran to their office to share the good news because I knew an email would not suffice.

What advice do you have for future Fulbright Summer Institute applicants and for other competitive scholarship applicants?

Give yourself time! This is definitely not an application that can be done in a few days. Starting early gave me the ability to rewrite and perfect my answers so many times. Also, reach out to people around you for support and definitely utilize CFSA. They want so badly for you to succeed and will do anything they can to help you achieve your goal.

I am so excited to be traveling and studying with 9 other American students throughout my 5 weeks! Not only do I get to immerse myself in a beautiful country, but I get to do it with a small group of students who will be with me on this journey. I hope to learn as much from my peers as I do from the professors and universities that I will visit. And the Spanish Production Opera Studios… I am very excited to see that.

Look for updates from CFSA after Hannah’s return!