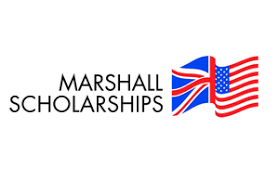 Syracuse University seniors Gretchen Coleman and Ifeyinwa Ojukwu have been named finalists for the Marshall Scholarship, one of the United States’ most prestigious nationally competitive scholarships.

The Marshall Scholarships finance young Americans of high ability to study for a graduate degree in the United Kingdom. Up to 50 scholars are selected each year to study at the graduate level at a U.K. institution in any field of study. As future leaders with a lasting understanding of British society, Marshall Scholars strengthen the enduring relationship between the British and American peoples, and their governments and institutions. The selection of this year’s scholars will be announced in early December.

You can read more about Gretchen and Ifeyinwa, and their experience applying for the Marshall Scholarship, through this SU News Story.